President | Board of Directors 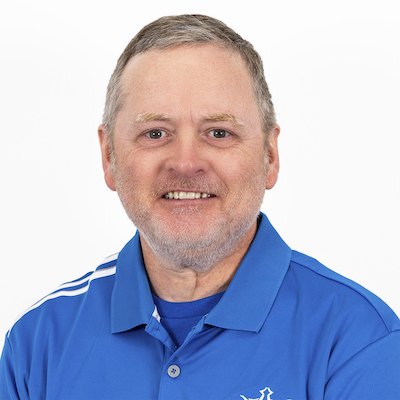 Favorite Disc: Dynamic Discs Fuzion Judge
Favorite Course: Cottonmill Park - Kearney, Nebraska
Favorite Place To Eat In Emporia: My house. My wife gives Gordon Ramsay a run for his money!
Favorite Musical Artist: Bob Dylan
Favorite Movie: The Big Lebowski
Favorite Sports Team/Athlete: Minnesota Vikings
DDO Tee Off Song: Funky Cold Medina by Tone Loc
My Dynamic Discs Story: I had the extreme privilege of buying a few Dynamic Discs shirts out of the back of Jeremy Rusco's truck at the 2007 Frontier Open in Hays, Kansas. I was very impressed with how approachable and friendly he was. It was a few years later that DD sponsored my daughter Paige. My relationship with DD grew over the years as they supported the Rocky Mountain Women’s Disc Golf Championships that I had run in Denver. In 2014, DD sponsored me as a player.

In 2015, I served as the course TD for Jones West during the Glass Blown Open. A year later, I relocated to Emporia, Kansas as the new Event Coordinator at Dynamic Discs. In November of 2017, I added the roles of HR Director and the lead for local community relations. In December of 2021, I was name the President of Dynamic Discs. I am thrilled to be part of the DD team and to have seen so much growth since I first met Jeremy in 2007.
Invalid password
Enter